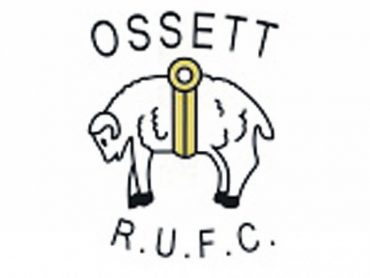 The Pythons kicked off and Ossett began to build their phases with clean secure ball.  Scott Irvine quick into the action, strips the ball and charges in from 40m, Will Clough adds the extras 0-7 on 4 mins.

Ossett build pressure once again from the kick off bringing in Jon Pickard, Hugh Tatlow and Sam Beagrie to hold the defensive line.  The home team’s inside centre made valuable ground with some hard running lines and gains a penalty.  An accurate kick gives the home team a 5m line out.  Secure ball, Pickard and Jed Carr defend well.  A number of penalties, scrums and line outs follow on The Python’s 5m line.  A penalty at the breakdown and Carr clears to half way.  Tatlow secures the line out, Carr feeds Will Butler who drives to 15m out, Clough to Max Sharp pulled down close but his outstretched arm places the ball on the line, 0-12 on 16 mins.

Ossett are quickly back on the offensive from the kick off.  A number of drives and The Pythons are penalised in the ‘red zone’ for playing the ball on the ground – yellow card.  Nathan Wake and Irvine keep the tackle count high and frustrate the home team.  The referee calls a high tackle and The Pythons receive a second yellow.  Ossett see the opportunity and keep the pressure on.  Matt Leach, Tatlow and Marcus Fotherby hold the defensive line.  But, another high tackle sees the away team with a 3rd yellow card.  Down to 12 men and Ossett moving the ball quickly Clough makes a superb tackle denying the home winger a certain try, foot in touch.  Fotherby secures the line and The Pythons march down field.  A penalty at the maul and Carr clears to touch.  With secure ball at the line out Carr delivers a superb 50-22 kick giving The Pythons an attacking line out.  Secure ball again, Carr feeds Sharp, to Clough who off loads to Irvine to drive over.  Clough with the extras 0-19 on 30 mins.

Ossett gather the ball from the kick off and begin their offensive sets.  Wake wins the ball and feeds Beagrie 60m out, he beats 3 defenders to score under the posts.  Clough once again, 0-26 on 33mins.

Carr breaks from the kick off making some 40m, Wake keeps the pressure and feeds Matt Leach who is deemed to be held up over the line.  The Pythons move the ball from the scrum, James Audsley-Beck is tackled short and the ever present Beagrie scoops the ball up to jink over.  0-31 half time.

The Pythons were quickly back in attack.  Harry Parrish gathers safely and feeds Beagrie on half way who out paces the defence to dive over in the corner.  Clough adds the extras, 0-38 on 42 mins.

Once again the home team entered the offensive with some great phase play.  A shuddering tackle from Nino Cutino and Jordan Payne secures the ball and sets up more attacking phases.  A perfectly weighted kick from Carr puts Parrish into the corner, 0-43 on 45 mins.

Andy Mackay breaks down the blind side from a Pythons scrum and the ball moves quickly across the line to Beagrie on half way.  He dives under the posts for his 4th, Clough with the conversion 0-50 on 50 mins.

Ossett win a scrum from the kick off.  Under massive pressure from the away pack, Payne claims the ball as it bobbles around and feeds Audsley-Beck who makes 30m before putting Clough away.  Tackled short Clough manages to stretch out and score.  0-55 on 55 mins.

A massive clearance kick by Mackay gives the home team a line out on half way.  Pythons win the ball but a knock on in mid field gives the home team a scrum.  The Pythons dominant pack drive them off the ball, Irvine picks up and feeds Sharp who beats 2 players to score in the corner.  0-60 on 65mins.

The Pythons win a scrum from the kick off and begin the phases once again.  Parrish breaks down the line, tackled on the home 22.  Pickard is the quickest to the breakdown, feeds Irvine who muscles over the line, Clough with the extras 0-67 full time.

“They made us work hard in defence”, said Coach Bird after the game.  “ But we kept them out even with 12 men at one point.  We moved the ball quickly and used the pace out on our wings well.  Barnsley didn’t have a fixture today, with Bramley’s HWO we need to win 3 out of our last 4 games to guarantee finishing second”, he concluded.

Harrogate Python’s 2nd XV, The Pirates, had a home league game against Ripon 2’s and won 34-19.