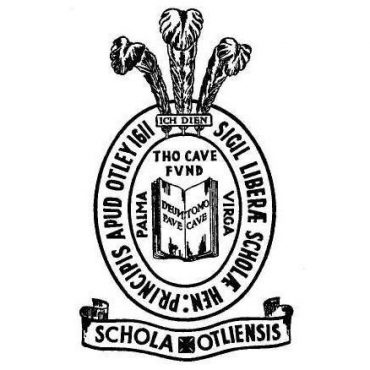 Depleted Ensians Give a Spirited Performance Despite Pythons Dominance . . .

Harrogate Pythons welcomed local rivals Otliensians to the Jim Saynor Ground for this usually fiercely contested game. The good weather attracted a large crowd, however Ensians could not field a front row so the game commenced with uncontested scrums and despite the 59 : 0 result, the league result will be recorded as a win for Pythons 25 : 0. The Pythons players formed a guard of honour from long serving Dan Shortman who had decided to retire after this game. Ensians kicked off to George Booth who casually swatted off a would be tackler before Will Butler made his first of several impressive breaks and linked with Max Sharp who was tacked deep in the Ensians 22. Ensians were awarded a penalty and decided to tap and run from deep within their 22 and a pass was intercepted by Sharp who touched down under the posts. Sharp added the conversion. 7-0 2 mins. An attacking Ensians lineout was stolen by Hugh Tatlow who made 20 meters, the ball was carried on by Nino Cutino and spun down the backs for Ollie Wheatley to surge away and score by the posts. Conversion added by Sharp. 14 -0 20 mins. A turnover by Jordan Payne and Sandy Dunlop was quickly distributed by Gareth Drane and the defence was cut out by a long pass by Jed Carr to James Audsley-Beck who kicked ahead for Tatlow to gather and score. Sharp again added the conversion. 21 -0 24 mins. Another quick tap penalty by Drane caught Ensians backs out of position and a superb draw and pass from Sam Beagrie put Wheatley away for his second try, again converted by Sharp. 28-0 26 mins. Ensians finished the half on the front foot, only to be frustrated by some determined Python’s tackling to leave the half time score Pythons 28 Otliensians 0.

Ross Fallenstein, making his long awaited return, kicked off the second period and Ensians were pinned back in their own half. A lineout steal from Calum Brock was spun wide and a lovely step from Fallenstein led to the Pythons being penalised for crossing on the Ensians line. From an attacking lineout another great line and pass from Beagrie led to Ed Challis putting Audsley-Beck in for the try, converted by Sharp. 35 -0 54 mins. An attacking Pythons lineout saw Ensians manage to stop the initial drive on the line, but Drane spotted a gap to dive over for the try. 40-0 62 mins. A scrum on the Pythons 22 saw Drane make a break on the blindside, carried on by Fallenstein who put Wheatley in for his hat-trick score with Sharp adding the conversion. 47-0 65 mins. A turnover by Beagrie led to an incredible 60 meter run from prop Butler; however Ensians broke down the field and were denied by a great pick up and clearance from full back Carr. Another break from Butler was carried on by Payne who put Wheatley away. Wheatley was well tackled by the Ensians full back but managed to offload to the supporting Drane to score out wide. 52-0 73 mins. Another attacking Pythons lineout was taken by Brock and Drane dummied to his winger to create the gap and crossed in the corner to complete his hat-trick. Fallenstein dropped kicked the conversion over from the touchline to make the final score Pythons 59 Otliensians 0.

Despite being non contested scrums, this was an exciting game played by two teams looking to play open, attacking rugby. Coach Dan Bird will be pleased with the tightness and organisation of the Pythons defence. A big shout out too, to the Pythons players, Marcus Fotherby, Hugh Tatlow, Jon Pickard and Jed Carr who all played for Ensians at various stages to cover their injuries.

Next weekend the Pythons travel to Wibsey.