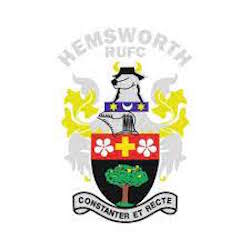 Harrogate Pythons entertained Hemsworth at a breezy Jim Saynor ground for this Yorkshire 3 fixture. Hemsworth kicked off and the Pythons progressed up the field through several phases before Sam Beagrie was stopped short of the line and Hemsworth were penalised for offside. Will Clough stepped up to knock over the penalty to give the Pythons and early lead. 3-0 2 mins. Hemsworth showed their intent when their center made a clean break but he was stopped by a solid tackle from Max Sharp. The Pythons marched Hemsworth backwards at the first scrum, allowing space from Scott Irvine to power forward but Beagrie’s pass was behind the supporting Ross Fallenstein. Marcus Fotherby stole a Hemsworth lineout and passed inside to Will Butler who made good ground up the touchline, The ball was spun wide but good Hemsworth defence stopped the move on the try line and the ball was popped up to Nathan Wake who drove over for the try. Clough added the conversion. 10-0 10 mins.

The Pythons were now overpowering the Hemsworth scrum and another scrum against the head saw Irvine break through the middle and his inside pass saw Beagrie weave his way through to score by the posts. Clough again converted 17-0 14 mins. A massive kick from Fallenstein resulted in and attacking line out for the Pythons. Sandy Dunlop found Hugh Tatlow and the ball was shipped to Irvine who broke through several would be tacklers to score under the posts. Conversion good from Clough. 24-0 23 mins. Another powerful Pythons scrum led to Hemsworth’s defence retreating backwards and again Irvine proved unstoppable from close range to score under the posts. Clough successful with conversion. 31-0 28 mins. Raffen Cherrington was brought on for his Pythons debut following an injury to Jon Pickard and a good kick by Clough resulted in an attacking lineout. The Pythons elected to scrum the resulting penalty and drove the Hemsworth scrum backwards with Tatlow picking up and diving over for the try. Clough completed a perfect first half kicking performance by knocking over the conversion to make the half time score Pythons 38 Hemsworth 0.

With the win and bonus point secured coach Dan Bird rang the changes for the second half but the Pythons carried on where they had left off. An attacking scrum was relentlessly driven forward and the ball spun wide for Ollie Wheatley to round his man and score in the corner. 43-0 41 mins. A hurried Hemsworth clearance kick was charged down by Jordan Payne and the ball was popped up for the supporting Tatlow to score his second try. Conversion added by Clough. 50-0 50 mins. Another Hemsworth scrum was put under pressure and the Hemsworth full back missed his clearance kick behind his own line allowing Cherrington to drop on the ball for the try, this time converted by Fallenstein. 57-0 55 mins. A big hit by Ollie Myers chasing a kick led to a Pythons turnover. A kick through was missed by the Hemsworth winger and the ball was picked up by Myers who scored in the corner. 62-0 60 mins. The game entered a long period of stalemate with both defences cancelling each other out until a lovely break from Fallenstein was stopped by a solid tackle from the Hemsworth full back. In the gathering gloom, Hemsworth were awarded a string of penalties and their big prop crossed with the last play of the game for a converted try to make the final score Pythons 62 Hemsworth 7.