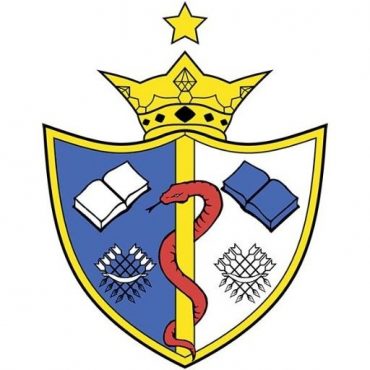 Pythons Still Pushing for Promotion after 14 Wins in a Row

Special thanks to Andy Bennison for some excellent work behind the camera!

Harrogate Pythons welcomed Sheffield Medics to the Jim Saynor ground looking to extend the winning run to 14 and maintain their push for promotion to Yorkshire 2. The searing heat attracted a large and boisterous crowd who witnessed the Pythons heave the Medics off their first scrum ball and Hugh Tatlow picked up and muscled his way over for the opening score. 5-0 2 mins. The Pythons forwards looked to overpower the students early on, with Will Butler and Nino Cutino making strong initial inroads and the backs benefiting from the space created and throwing the ball about. A Matt Leach carry was quickly recycled and Jed Carr released Tim Evans who shrugged of several would be tacklers to score by the posts. Will Clough added the conversion. 12-0 15 mins. The Medics responded with an outside break by their winger but he was tackled from behind by the covering Harry Parrish. Medics attacked again and quick ball from a ruck saw a Medics forward pick up at the back and show surprising pace to dash over for a converted try. 12-7 18 mins. The Medics were now having their best spell of the game, and more quick hands saw them take the lead with another converted try. 12-14 24 mins. The Pythons knew they had to raise their game, and Jordan Payne and Jon Pickard started to make a nuisance of themselves turning over Medics ball. The Pythons forced Medics back and disrupted a line out allowing Tatlow to pick up and add his 2nd try, converted out wide by Clough. 19-14 30 mins. The Medics were starting to struggle, with Liam Kernoghan looking to bring powerful runners Scott Irvine and Tim Evans into the game and back 3, Parrish, James Audsley-Beck and Sam Beagrie looking dangerous out wide. A sweeping Pythons move saw Irvine collect the ball on the Medics 22 and he shrugged off the would be tacklers to score by the posts, converted by Clough to make the half time score Pythons 26 Medics 14.

Coach Dan Bird rang the changes at half time, making the most of his strong bench, which paid dividends immediately as Will Smith and Nathan Wake gave the students more defensive nightmares. Another good run from Butler resulted in Evans storming through the Medics to touch down by the posts. Clough’s successful conversion took his points tally to 200 for the season so far. 33-14 43 mins. With Smith and Marcus Fotherby making a mess of the Medic lineouts and the Medics scrum going backwards, the Pythons attacked the blindside and a lovely inside ball from Audsley-Beck to Max Sharp saw Sharp step the Medics full back for another try, converted by Carr. 40-14 50 mins. Medics then showed their mettle when a sweeping move resulted in another try, converted from out wide. 40-21 55 mins. The Pythons came straight back and Andy MacKay picked out a line by Carr who put Audsley- Beck clear out wide to roar over for the try. 45 21 60 mins. Next a Payne turnover went quickly through the hands for Parrish to score on the opposite wing. 50-21 65 mins. From the restart Sharp combined with Beagrie who made the Medics 22 with several players hanging onto him but recovered his feet quickly to take a MacKay pass and batter his way over for the try converted by MacKay. 57-21 70 mins. There was just time for another flowing Pythons move allowing Sharp to cross out wide and make the final score Pythons 62 Medics 21.

This was another convincing performance by the Pythons against a very plucky Medics team and a credit to their fitness that they managed to keep the tempo up for the full 80 minutes despite the searing heat. Next weekend the Pythons travel to Hemsworth.

The Whitakers Gin man of the match was awarded to captain Will Butler, who helped destroy the Medics scrum and was dominant in the loose.