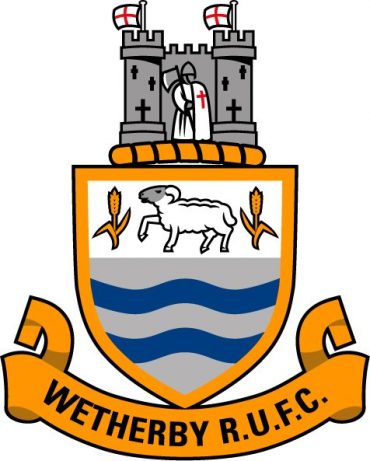 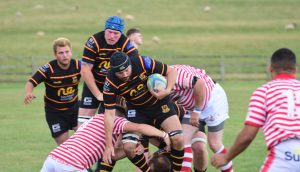 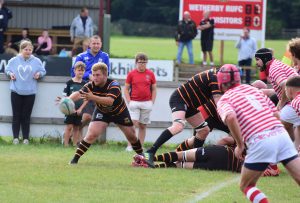 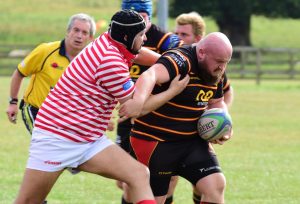 The 2XV travelled to Wetherby for this hastily arranged game following Rowntree’s pulling out earlier in the week. Al Brown had pulled together a large squad, containing 8 front row forwards, but the Pirates had a slow start and conceded 2 early tries to the speedy Wetherby backs to trail 12-0 early on. The Pirates front row of the Smith brothers and Shaun Glasswell, backed up by the grunt of Neil Douglas and Justin Ross started to gain ascendency and with Nathan Grainger sniping and Jed Wolfram running things from No10, the Pirates found themselves camped on the Wetherby line. With Nathan Wake showing off his skills at No8, and George Booth making big carries, James Farrington picked up from a ruck and barrelled his way over from short range. Wolfram added the conversion to bring the score back to 12-7. Wetherby responded with some good running and eventually crossed the line despite some sterling defence from Sky McKeon, Morgan Jones and Jack Byrnes taking the score to 19-7. Pirates again came back strongly and following a series of dominant scrums, Grainger found Liam Forshaw to crash over, the try again being improved by a Wolfram conversion making it 19-14. The Pirates however lost Ross at this point as he had sustained a knee injury in the build-up. Wetherby press toward the end of the first half and following a ruck near the Pirates line, the Pirates forgot to defend the fringes and a Wetherby forward flew through the gap to make the half time score Wetherby 26 Pirates 14.

Big Al rang the changes at half time and new front row of Steve Beckett, James Ford and Jon Wiggins continued the scrum dominance. Ollie Myers added some pinpoint kicking and was stopped twice from making a clean break by the width of his shirt. Daniel John and Tom O’Sullivan augmented the strong running by Booth and Wetherby’s scrum was under such pressure they had to go uncontested. After a period of stale mate, Wiggo eventually persuaded Wetherby to let him play for them so that the scrums could be contested again. Russ Robinson drove for the line, followed by Booth and the Wake who forced his way over for the try. Wolfram’s conversion brought the score to 26-21 with 10 minutes to go. The Pirates again worked up the pitch and following a lineout Wetherby had a ruck behind their own line. Myers dived in to touch down but was pinged for offside, Wetherby shipped the ball wide to their flying winger who went the length of the pitch to score under the posts and break Pirate’s hearts. On the last play of the game Wetherby’s flanker broke through some tired Pirate’s tackling to make the final score Wetherby 38 Pirates 21.

This was an exciting match with Wetherby pace finally overcoming Pirates scrum dominance. Pirate’s man of the match was George Booth with some strong carries and ferocious hand off. Next week the Pirate travel to Yarnbury 2nds in the Merit table.