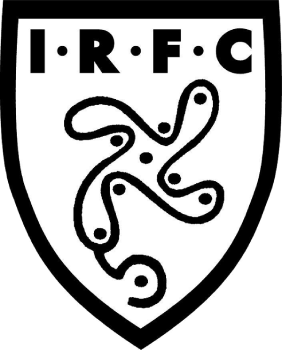 The Pirates welcomed high flying Ilkley 2’s to a rain soaked Jim Saynor Ground for this Merit table fixture. With this being the Pirates first home game of the season coach Al Cawkwell-Brown had a large squad available, all eager to get to grips with Ilkley. From the first line out Ben Kernoghan found Will Smith and Jed Carr accelerated through a massive gap in the Ilkley defensive line and touch down under the posts. Ollie Myers added the conversion. 7-0 2 mins. Ilkley responded with wave after wave of attacks being met by some ferocious tackling. A big tackle in midfield from the returning Si Williamson, led to a big run from Smith. A superb kick chase from Sam Beagrie led to an attacking Pirates scrum, but this time Ilkley’s defence was strong and the danger was averted.

A loose clearance kick by the Pirates saw the Ilkley full back step through the advancing defence to touch down under the posts. Conversion added 7-7 20 mins. With Ilkley now turning the screw Ollie Wheatley picked up a loose ball in defence and Daniel Bisby put in an excellent kick to relieve the pressure. A lovely line from Russ Robinson was carried forward by Raffen Cherrington and scrum half Cailean Mackinnon reacted fastest to touch down. 12-7 32 mins. Ilkley bounced back and with the last play of the half, quick hands allowed their winger to cross out wide to make the half time score Pirates 12 Ilkley 12.

Coach Al Cawkwell-Brown rang the change for the second half and introduced debutant Callum Cardwell, the returning Ryan Bradshaw, Josh Smith, James Farrington and evergreen winger Chris Wilson. Ilkley camped in the Pirates 22 for long periods but could not breach some determined defence. MacKinnon was awarded a yellow card for hands in the ruck, but Ilkley could find no way through the 14 and eventually decided to kick a penalty to take the lead. 12-15 60 mins.

With the big carrying George Booth rattling the Ilkley defence, the Pirates rallied and MacKinnon was held up over the line. However Ilkley managed to close the game down leaving the final score Pirates 12 Ilkley 15.

This was a very encouraging performance by the Pirates against a very accomplished side, and with many players returning, the rest of the season is now looking promising. Next weekend the Pirates welcome Ripon 2’s to the Jim Saynor Ground.