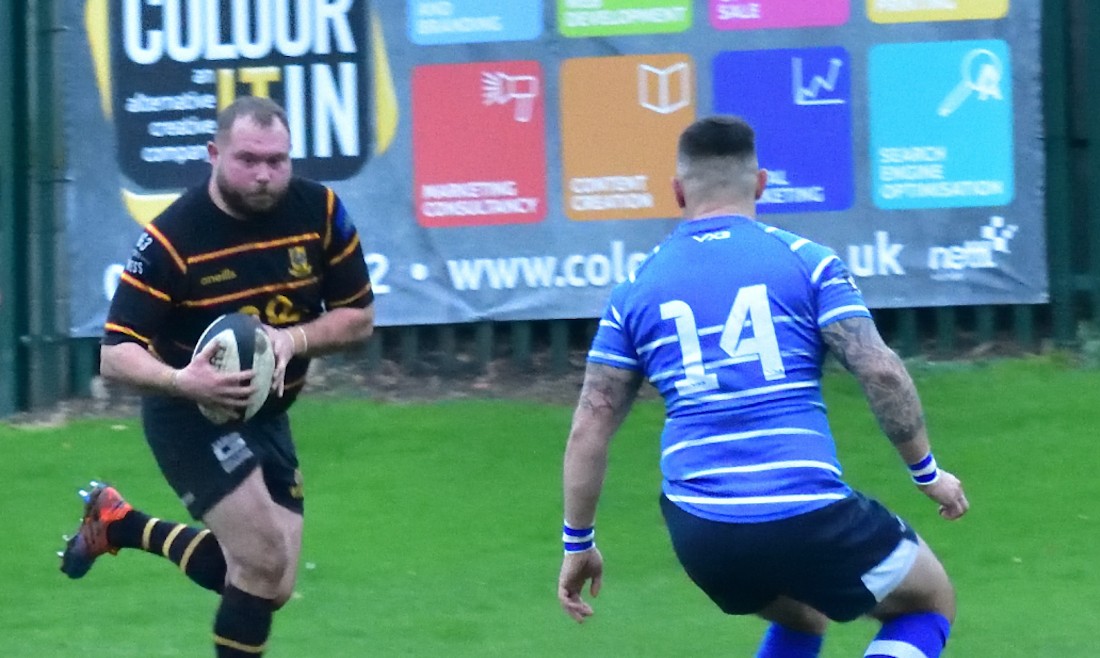 Another large crowd gathered at the Jim Saynor Ground to see if the Pythons could get back to winning ways against Halifax Vandals. Vandals kicked off and the Pythons exited safely following good work from George Booth and Steve Lennox. Jordan Payne secured a midfield turnover from a Sam Beagrie tackle and Jed Carr put in a grubber kick behind the Vandals defence. He regathered his kick and fed inside to the supporting Max Sharp who ran round to score under the posts. Will Clough added the conversion. 7-0 2 mins. A series of Vandals indiscretions led to an attacking Pythons line out. Sandy Dunlop hit his man and Marcus Fotherby peeled round the back and found the supporting Russ Robertson who crashed over for the try. Clough again with the conversion. 14-0 16 mins.

A lovely pickup by Fotherby at the restart led to the Pythons slickly going through the phases and Sharp sailed through a gap only to be stopped by a high tackle. Good Vandals defence kept the Pythons at bay until the referee spotted an offside and Clough stepped up to increase the lead to 17 3. 24 mins. An overthrown lineout was taken at the back by Nathan Wake and a couple of powerful runs by Will Butler saw Vandals again pinged for offside. Clough added the penalty. 20-0 26 mins. Vandals were now struggling to escape from their own half and quick ball from scrum saw James Audsley-Beck round his man but the inside pass to Sharp went to ground. Another pinpoint Carr kick gained the Pythons another attacking lineout but this time the Vandals defence held firm to leave the half time score Pythons 20 Vandals 0.

The Pythons started the second period strongly but a long Carr pass to Ollie Myers flew forward and vandals worked their way down the pitch. From an attacking lineout Vandals setup a perfectly executed rolling maul to march the Pythons back over their own line and opened their account with a converted try. 20-7 44 mins. A period of scrappy play followed until Scott Irvine gathered the ball in midfield and battered though the Vandals defence to speed away under the posts. Clough added the conversion. 27-7 68 mins. The Pythons broke away from the restart and Ollie Myers hacked the ball over the Vandals line only to lose his footing and fall over before touching down. A clever front peel at the line out saw Dunlop stopped just short of the line and Irvine picked up at the breakdown to score his 2nd try again converted by Clough. 34-7 73 mins.

This was a comfortable bonus point win for the Pythons against decent opposition and Coach Dan Bird will have been pleased to see the return of several key players. Next weekend the Pythons make the long trip to Sheffield Medicals. 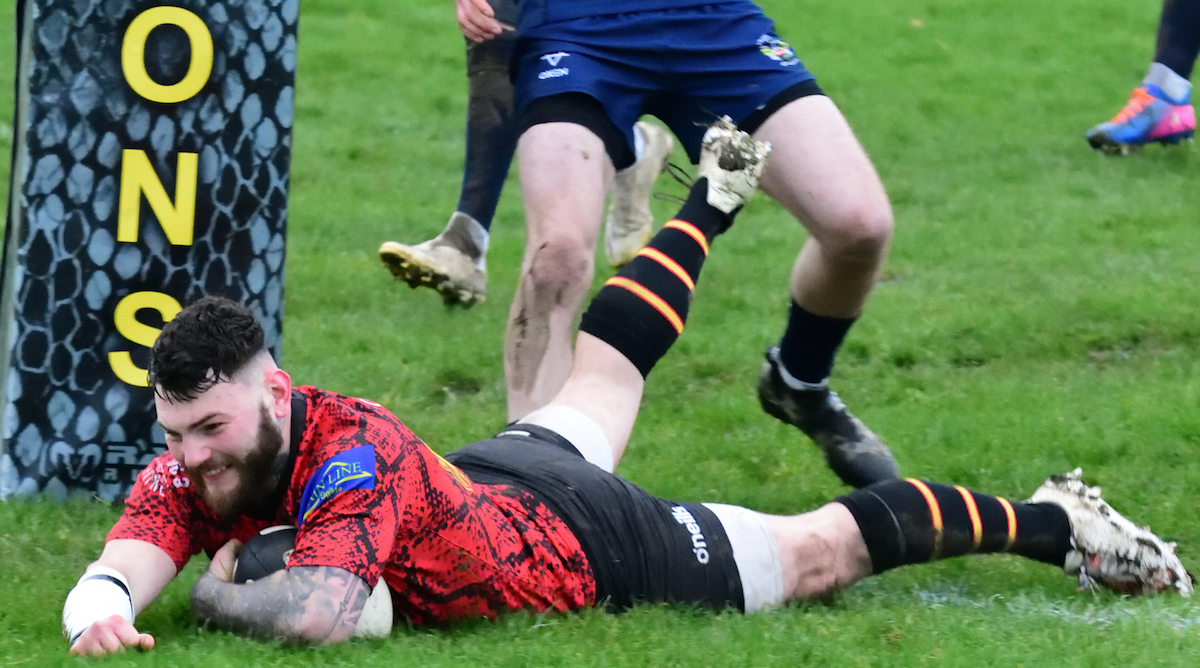 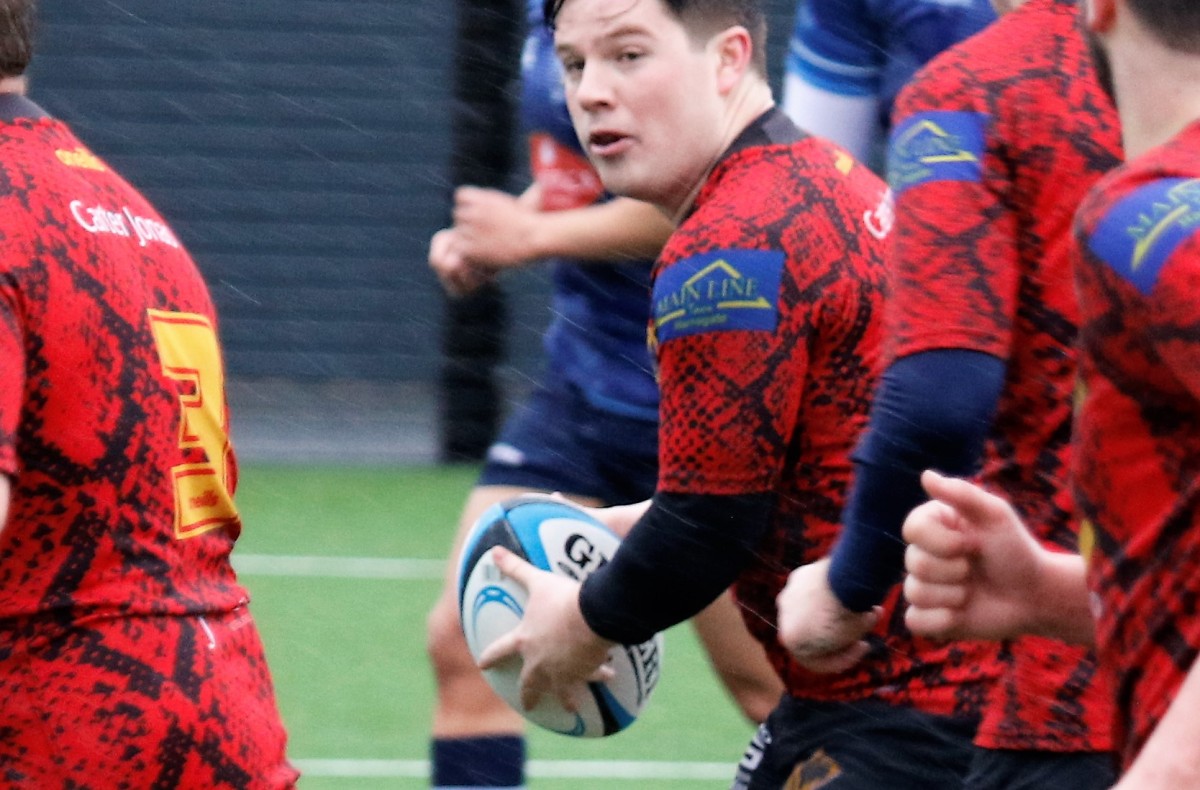 Pythons Too Strong for Sheffield Medics