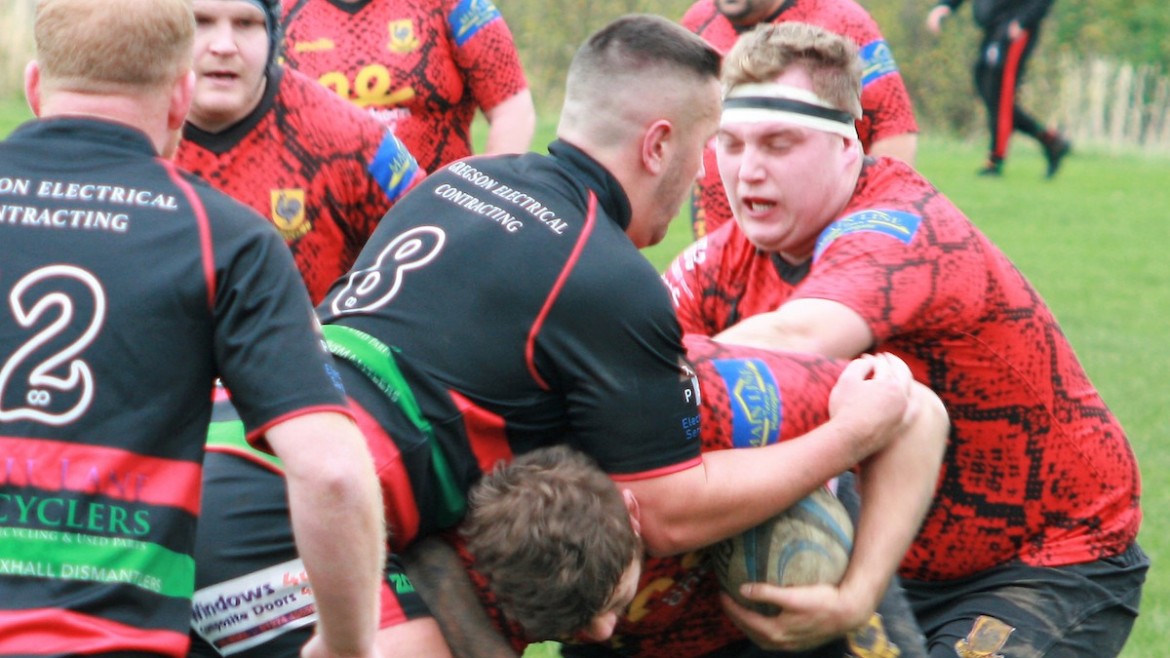 Harrogate Pythons moved up to 5th in the league following a win away at Wibsey.  Always a difficult side to play Wibsey had home advantage with both the wind and slope during the first half.  Early pressure and some indiscipline in defence saw The Pythons 6-0 down after 10 minutes.

Some determined tackling was needed from The Pythons as Wibsey continued piling on the pressure.  A knock on in the tackle gave The Pythons a scrum on their 22.  Hugh Tatlow picked up at the base and fed Ollie Wheatley who carried the ball to half way.  Clean ball at the breakdown and Gareth Drane drills a pass to Max Sharp and quick hands puts Wheatley in space rounding the defence scoring from 40m.  Will Clough adds the extras, 6-7 on 20 mins.

Wibsey win their own scrum on half way feeding their inside centre who made ground thanks to missed tackles from The Pythons.  Moving out wide a well timed pass to the number 8 puts him in the clear to score under the posts.  13-7 on 24 mins.  Wibsey use the wind to their advantage and test Jed Carr at full back who shows safe hands and some accurate clearance kicks.  A Wibsey knock on at a line out gives The Pythons a scrum on half way but home pressure on the retreating Pythons gives Wibsey the next scrum.   Some great turn over work by Jordan Payne and strong runs from Sam Beagrie and Sharp takes play deep into the home half.  A knock on gives a defending scrum with Tatlow intercepting a speculative pass to score under the posts.  13-14 30mins.

With 2 missed touches The Pythons were quickly back under pressure.  Sandy Dunlop defended well but a well timed off load in the tackle and the home centre sprints under the posts 20-14 half time.

The Pythons use their strong bench bring on Steve Smith, Matt Leach and Ross Fallenstein.  A successful Pythons line out and Butler charges 20m winning a break down penalty.  Fallenstein kicks into the corner but an over thrown line out gives possession back to the home side clearing to half way.  Pythons ball and George Booth gains valuable ground.  Clean breakdown ball to Clough and he feeds Fallenstein who glides between defenders tackled just short on 10m.  Once again quick ball favours The Pythons and Tatlow powers over to score.  20-19 50 mins.

The Pythons continued applying pressure.  Fallenstein dictating play with pin point kicking and strong runs from Booth and Leach.  A penalty was awarded to the home side 5m from their line, a yellow card for Payne and a penalty reversal for punches delivered to Payne after play was halted.  Clough takes the 3 points 20-22 on 60 mins.

Fallenstein delivers a 50/22 kick from the re start to give The Pythons a line out 15m out.  Clean ball from Tatlow puts Leach on the charge with a penalty win at the breakdown for off side.  Clough again, 20 – 25 62 mins.  Wibsey use a short kick at the re start, won by The Pythons who concede a penalty for comments to the ref.  23-25 on 63 mins.  The Pythons retain the ball at the restart, Clough breaks down the narrow side stopped by a high tackle.  He converts the penalty 23-28 on 65 mins.  The Pythons had gained dominance in the scrum and runs from Leach and Booth moved play down field.  Off side at the breakdown, The Pythons opt for the scrum and some slick hands puts Wheatly in the clear only to be stripped of the ball over the line.  The resulting 5m scrum was won, Clough tackled inches short and The Pythons penalised at the breakdown.  The penalty was miss struck by the home player giving possession to Beagrie.  With the line beckoning play was halted, and rightly so, for a serious injury to the home player taking the penalty having to leave the field.  The restart scrum saw Tatlow pick and drive, feed Fallenstein who was held up agonisingly short.  A bumbled breakdown gives the home side a goal line drop out, returned by Payne, stopped by a high tackle and Clough takes the final 3 points of the match, final score 23-31. 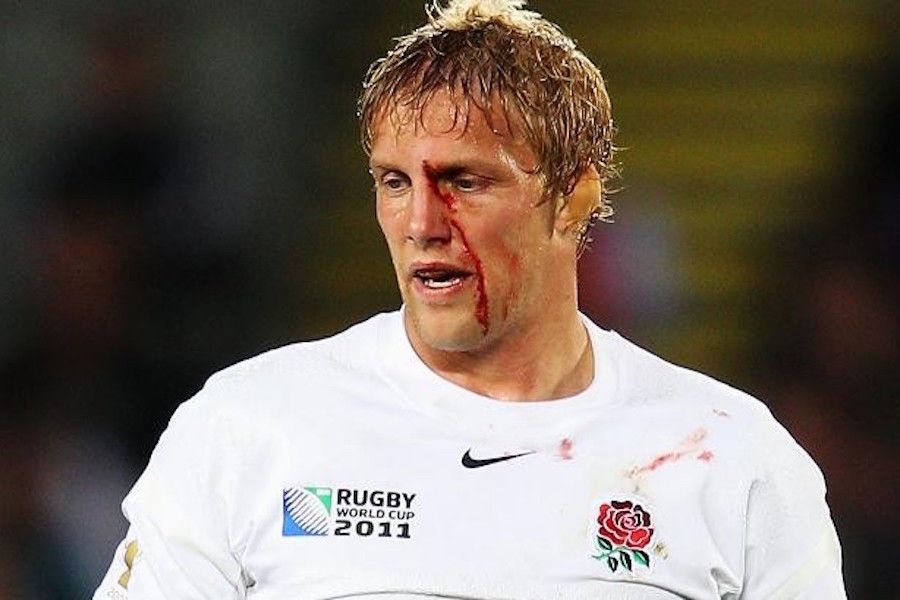