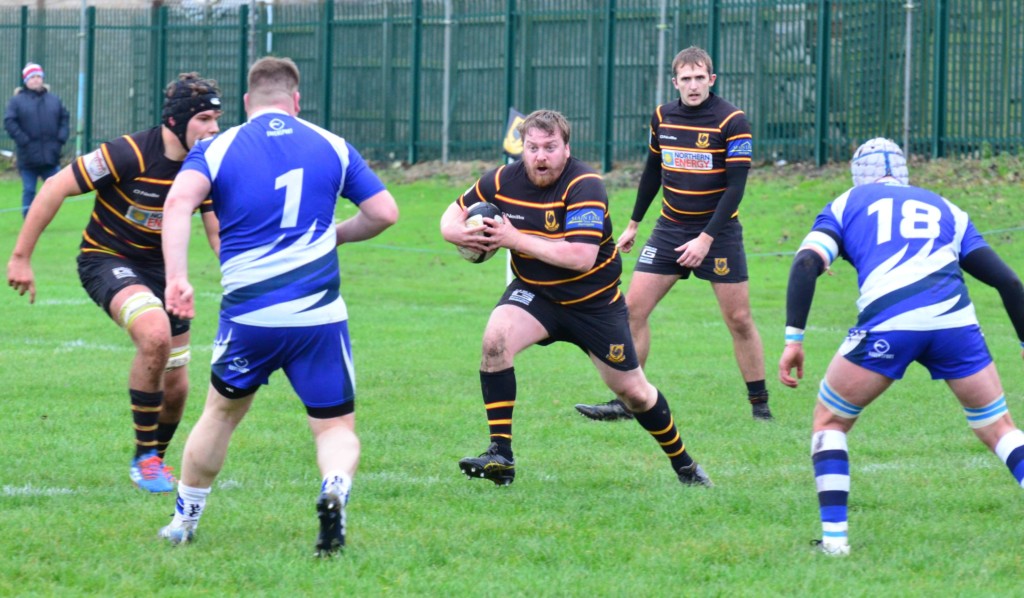 Harrogate Pythons welcomed promotion rivals Otliensians to Station View for this eagerly awaited clash. Despite all the recent rain, the pitch was in remarkably good condition justifying the Pythons decision to have a lot of work done to it pre-season. The Pythons kicked off and showed their attacking instincts early as James Audsley-Beck ran back a clearance kick and good territory was gained by a Jed Carr break. The returning Gareth Drane fed Adam Challis on the blindside who was stopped just short of the line and prop Will Butler picked up and drove over for the opening try. 5-0 5 mins. The powerful Pythons scrum took Ensians first scrum against the head but the kick ahead by Audsley-Beck flew directly into touch.

Ensians attacked from the lineout and were stopped by a ferocious tackle from Joe Bentham, however, the referee spotted an offside and Ensians knocked over the penalty. 5-3 10 mins. A good turnover in midfield by Sandy Dunlop was taken forward by Steve Lennox and Nathan Wake and Hugh Tatlow was stopped just short, but again Ensians competed well at the breakdown and Pythons were penalised for holding on. Another big Bentham tackle on the Ensians full back under his own posts led to an attacking 5m lineout for the Pythons. Dunlop found Tatlow for the clean take and the Pythons drove Ensians over the line for prop Wake to touch down. Max Sharp added the conversion. 12-3 18 mins.

A strong carry from Luke Price-Gerrard made more good ground for the Pythons but disaster struck when a big Ensians clearance kick bounced awkwardly in front of Audsley-Beck and straight into the arms of the Ensians centre who sped away to score under the posts. The kick was somehow missed to leave the score 12-8 after 25 mins. The Pythons were now putting some good phases together with Matt Leach and Tatlow carrying well up the centre and Drane combining the play well with the backs. A clearance kick from Ensians was well collected by Ollie Wheatley who combined with Tim Evans and Wake made a charging run up the middle. Drane spotted the supporting run by Bentham who sailed straight through a gap to add to the Pythons lead. Sharp converted to make the half time score Pythons 19 Otliensians 8.

Ensians pressed from the start of the second period but came up against some excellent tackling by the Pythons. An attacking Ensians lineout was sacked and Ensians were pushed off their own scrum ball with replacement Steve Smith bolstering further the Pythons scrum. After a period of stalemate, the Pythons nicked another scrum and Ivan Drane linked with Bentham who seared through a gap and put Carr away to add to the lead. 24-8 65 mins. Ensians pressed again and following a quick tap the Ensians centre was stopped just score. The danger seemed to have passed following another big hit by Bentham but Ensians didn’t panic and went wide again to score in the corner despite a desperate tackle from Sharp. This time the conversion from the touchline was good. 24-15 70 mins. Coach Dan Bird then brought himself, the evergreen Ian Binns and debutant Max Vause on to further strengthen the Pythons defensive line. Another scrum against the head by the Pythons was whipped out quickly by Ivan Drane and Evans bulldozered over for another try. Sharp added the conversion to make the final score Pythons 31 Otliensians 15.

This was a vital bonus point win for the Pythons over promotion rivals which keeps the pressure on those above in the table. Next weekend the Pythons travel to newly-promoted Ossett. 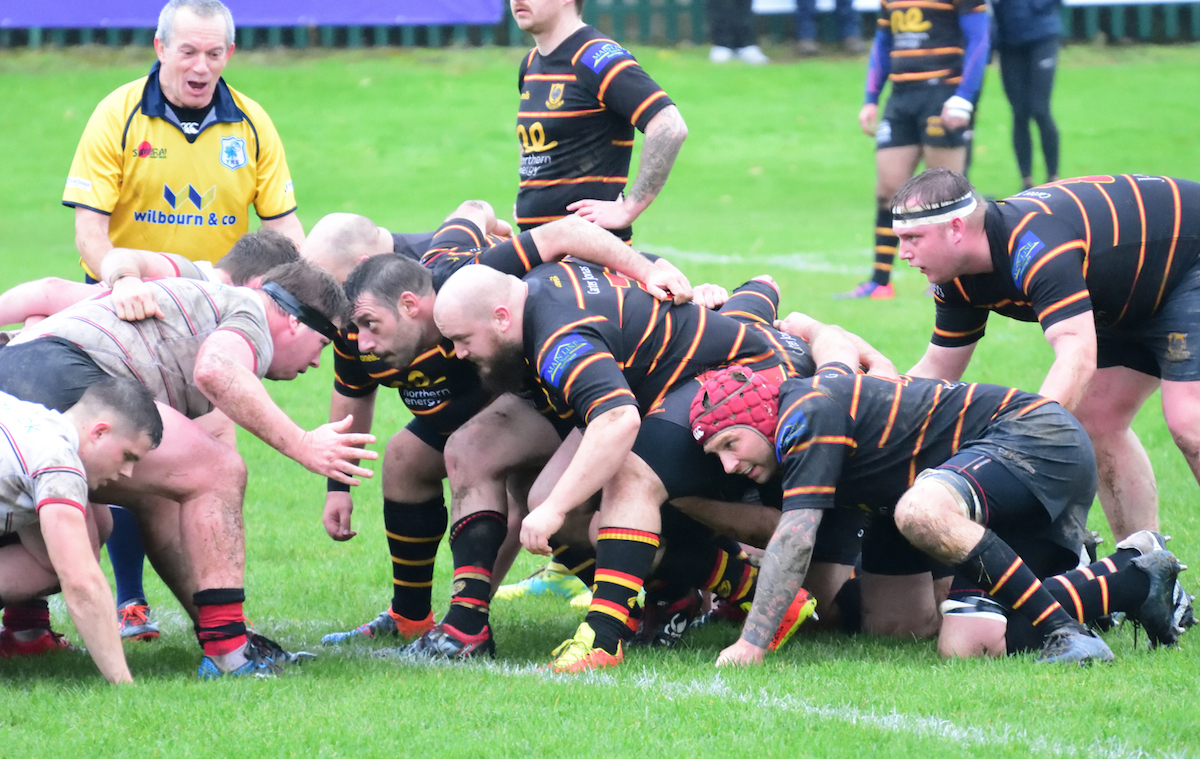 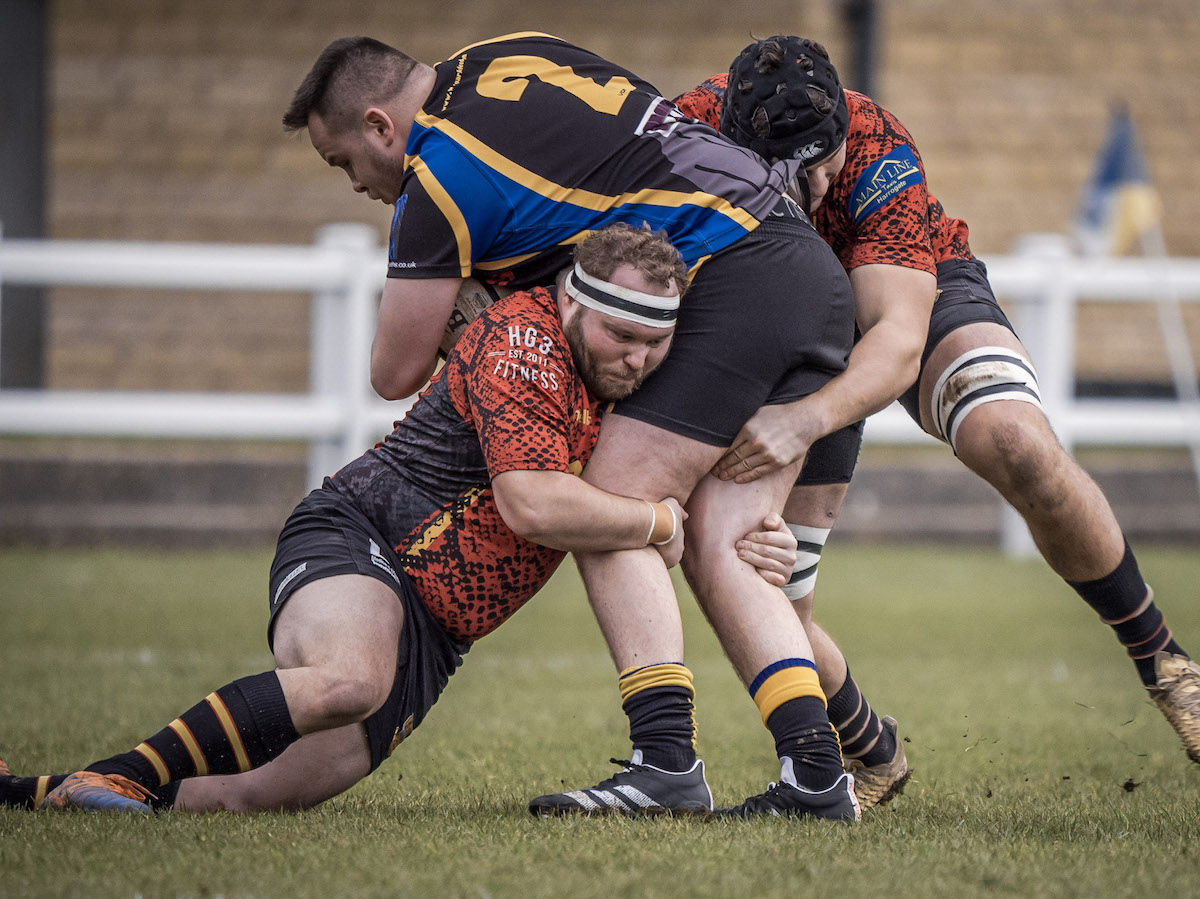