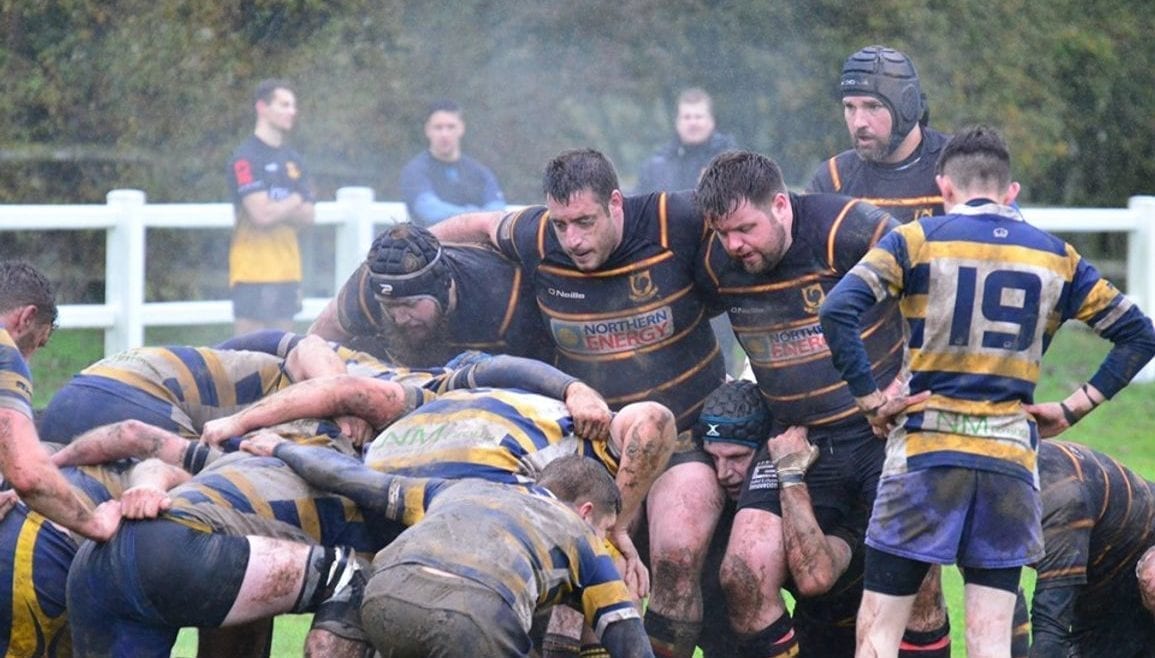 Pirates show England how to do it!

Harrogate Pirates continued their unbeaten start to the season with a hard fought victory away at Knaresborough. Boro started strongly but their big midfield runners were met by strong tacking from Richard Vass and Sky McKeon with the Pirates back rowers Sam Beagrie and Jack Denwood making a nuisance of themselves at the breakdown. The Pirates strong pack took control of the tight and when prop Josh Smith had to leave the field with a stinger; Grant Weatherston stepped off the bench (thanks to Boothy who filled in whilst Grant was on the toilet) for his first appearance of the season. With Zippy and Ivan Drane pulling the strings, the Pirates set up a driving maul which powered over the line with Ben Kernoghan emerging as the try scorer. 0-5 30 mins. This stirred Boro into action and after a period of pressure their influential No10 through a dummy to cross for a converted try. 7-5 41 mins.

The Pirates made changes at half time bringing on Ollie Davies, Ryan Bradshaw and Neil Douglas to further bolster the scrum. A long Boro kick was well taken by Steve Youngson who ran back strongly and put in a lovely kick for Beagrie to chase and touch down for the try. 7-10 45 mins. The Pirates pack stepped up the pressure as the rain came, and another brutal drive by the pack saw Davies peel of the back to add to the lead. 7 15 60 mins. A crunching tackle from flying winger Russ Robertson saw Si Williamson hack the ball towards the Boro line but he was tackled by the full back as he attempted to pick the ball up. As conditions worsened another Pirates maul saw James Farrington pick up and run 20 meters for the forth try. 7 20 70 mins. Again Boro responded strongly and a forward drive led to a score in the corner to make the final score Knaresborough 12 Pirates 20.

Many thanks to Knaresborough for offering the fixture at short notice after original opponents York pulled out at the last minute. 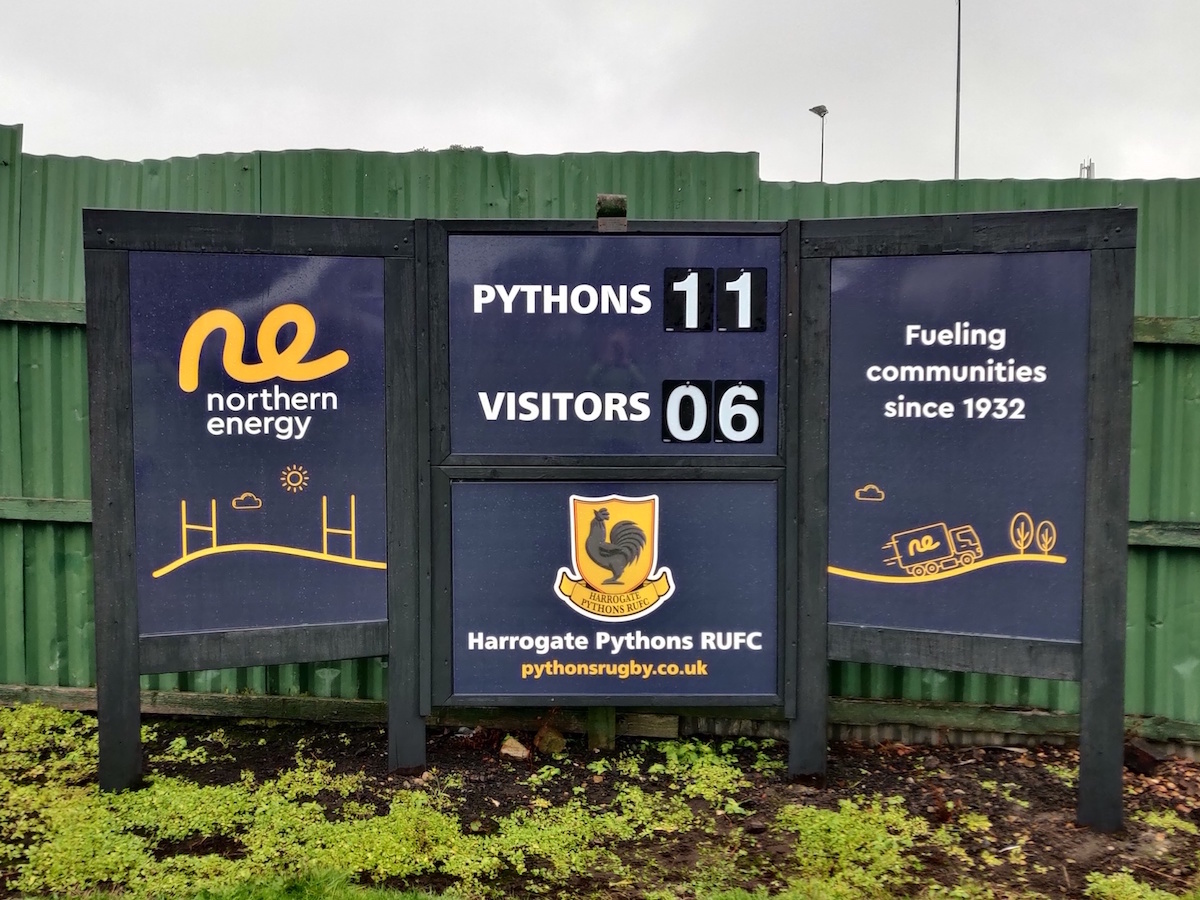 Scrappy Win for Pythons at the Rain Soaked JSG 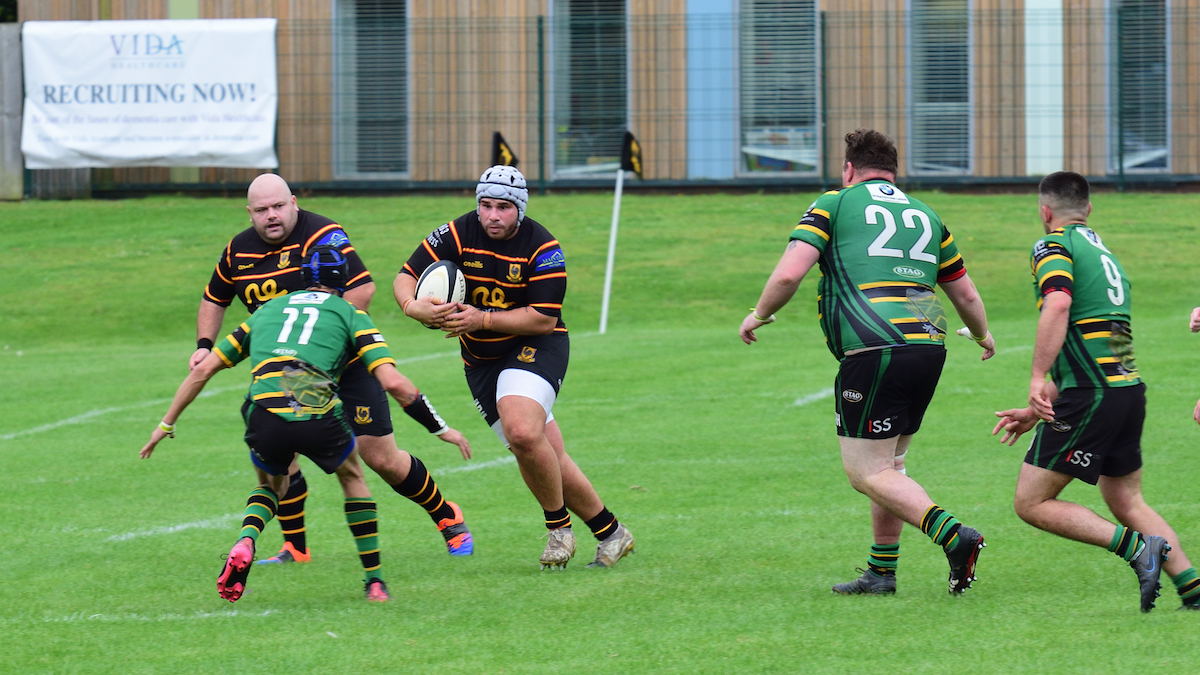