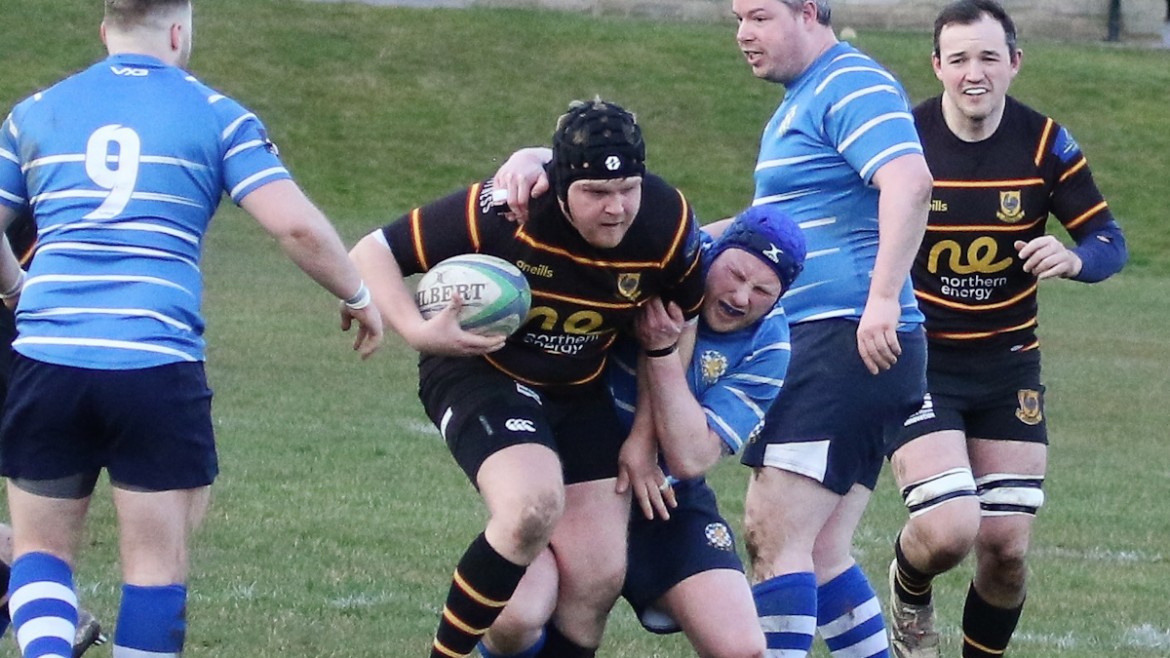 Harrogate Pythons made it 12 wins in a row with a bonus point with at Halifax Vandals.  Barnsley loose to Hemsworth so the gap is now just 6 points with 5  to play.

The Pythons travelled to Vandals expecting a hard battle from a well drilled forward pack and that’s exactly what they got.  Knowing how The Pythons use quick ball the Vandals tight 5 were quick to slow the ball down stacking the breakdown with players.

The Pythons kicked off into a stiff breeze and were soon on the offensive with Jed Carr kicking through for the ever aware Sam Beagrie to run onto.  The ball bounces teasingly into touch and Vandals clear their lines.  Vandals steal the line out and bring their backs into the game.  Tim Evans and Joe Bentham tackled well in defence.  The advancing Vandals were awarded a penalty at the breakdown, pulling the attempt just wide.

Carr finds touch from the restart, Hugh Tatlow steals the line out and quick ball puts James Audsley-Beck into the clear only for the referee to pull the game back for a penalty infringement in The Pythons favour at the line out.  Carr kicks to the 22, Calum Brock secures the line out and Andy MacKay whips the ball out to Evans who puts James Audsley-Beck in the clear only for the referee to call forward pass.  Vandals build the phases from the scrum and gain a penalty 3-0 on 16 mins.

Vandals begin to build the phases once again with Beagrie saving a certain break away with a great tackle into touch.  Pythons penalty at the line out and Carr drills the ball into the home 22.  Clean ball again from Brock brings Scott Irvine into the game gaining valuable yards, he feeds to Evans then to Carr who carves a great line through mid field to score.  Andy MacKay with the extras, 3-7 on 21 mins.

Pythons begin to work the phases but fail to gain momentum as the referee penalises both side at the breakdown.  Nevertheless The Pythons gain ground through some determined ball carrying by Nathan Wake and Will Butler.  Quick ball to Evans then to Bentham puts Beagrie into the corner 3-12 half time.

The Pythons win a scrum thanks to a massive tackle for Jon Pickard in midfield.  Tatlow picks up at number 8 gaining 15 yards, quick ball at the breakdown to Nino Cutino, who feeds Bentham to Audsley-Beck with a deft kick ahead and he touches down.  Ollie Myers adds the extras, 3-19 on 52 mins.

Vandals win a scrappy line out from the kick off, secure possession and a break and kick ahead down the blind side puts the winger over the white wash.  8-19 on 55 mins.

Payne turns the ball over at a subsequent breakdown, Carr puts Bentham in the clear with play bought back again for a forward pass.  Play didn’t move through 2 phases for either side for the next 20 minutes with the referee halting play for a variety of reasons, most of which without explanation.  In the final stages of the game, The Pythons win a line out and Carr feeds Evans on his own 10m line.  He rounds the defence and outpaces the covering full back to gain the bonus point try.  8-24  full time.

“This was such a frustrating game”, said coach Bird.  “Halifax slowed the ball down making it difficult for the guys to build phases, they had a plan and stuck to it.  But, credit to the boys, they kept going and ground out a bonus point win,” he added. 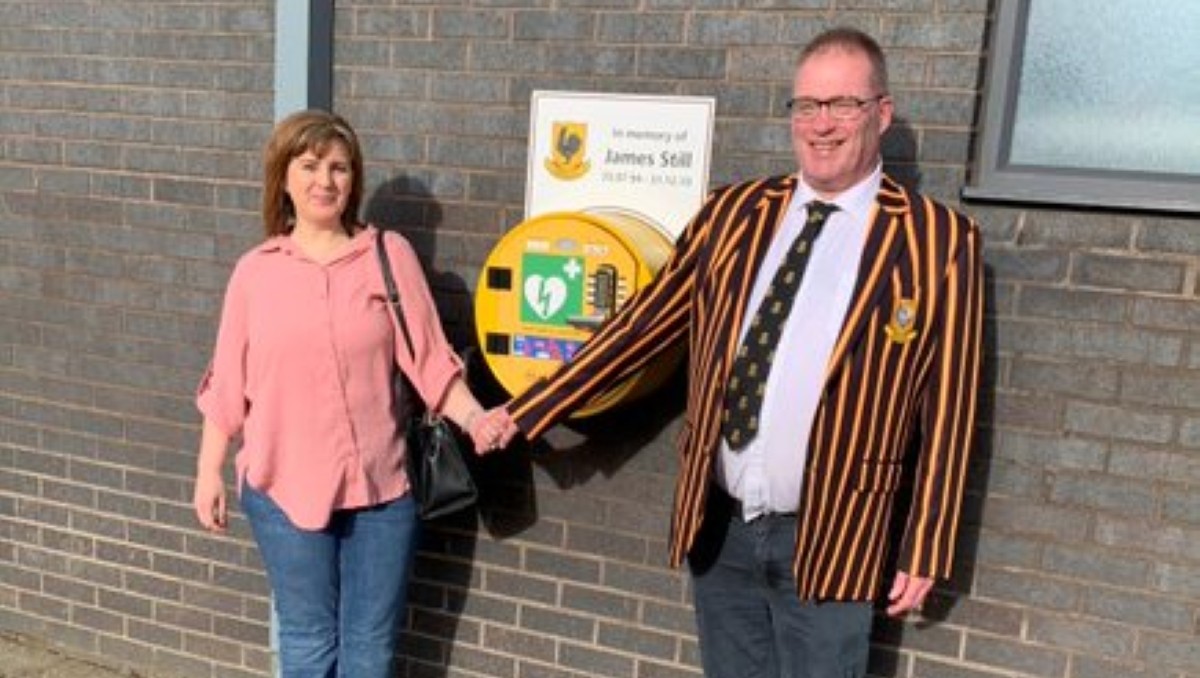 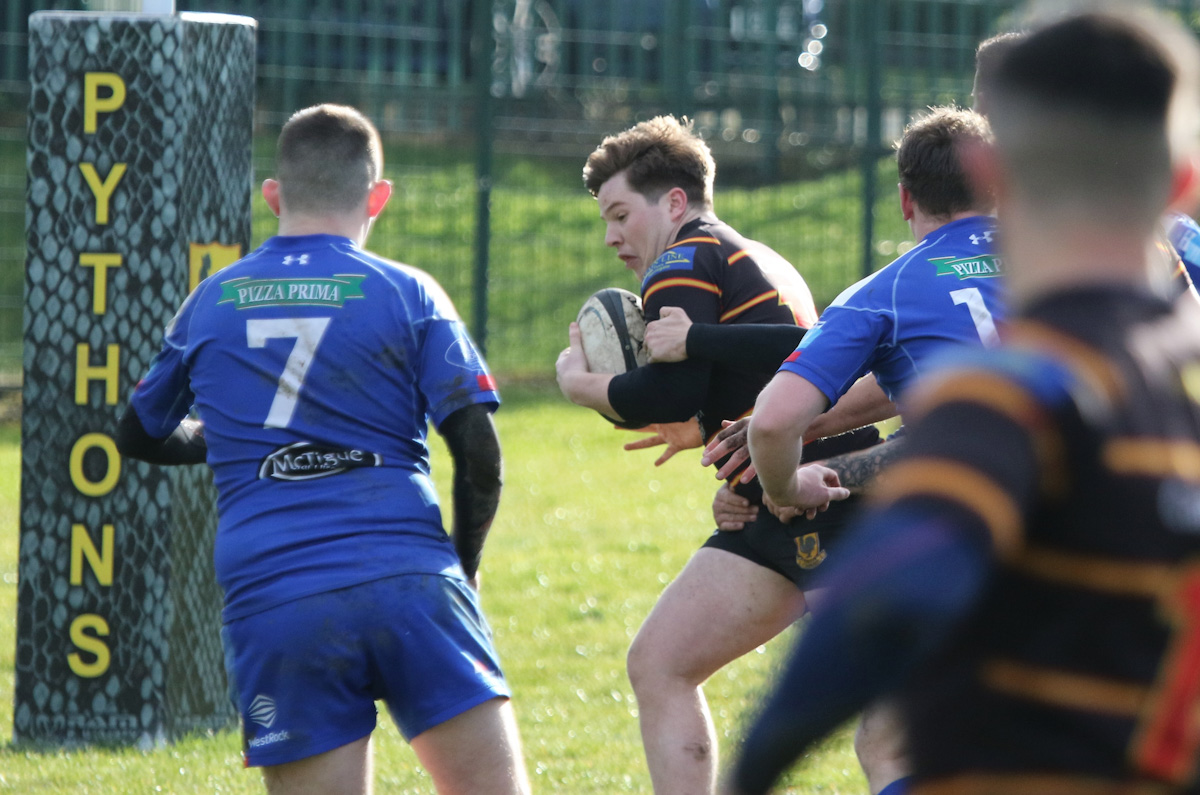