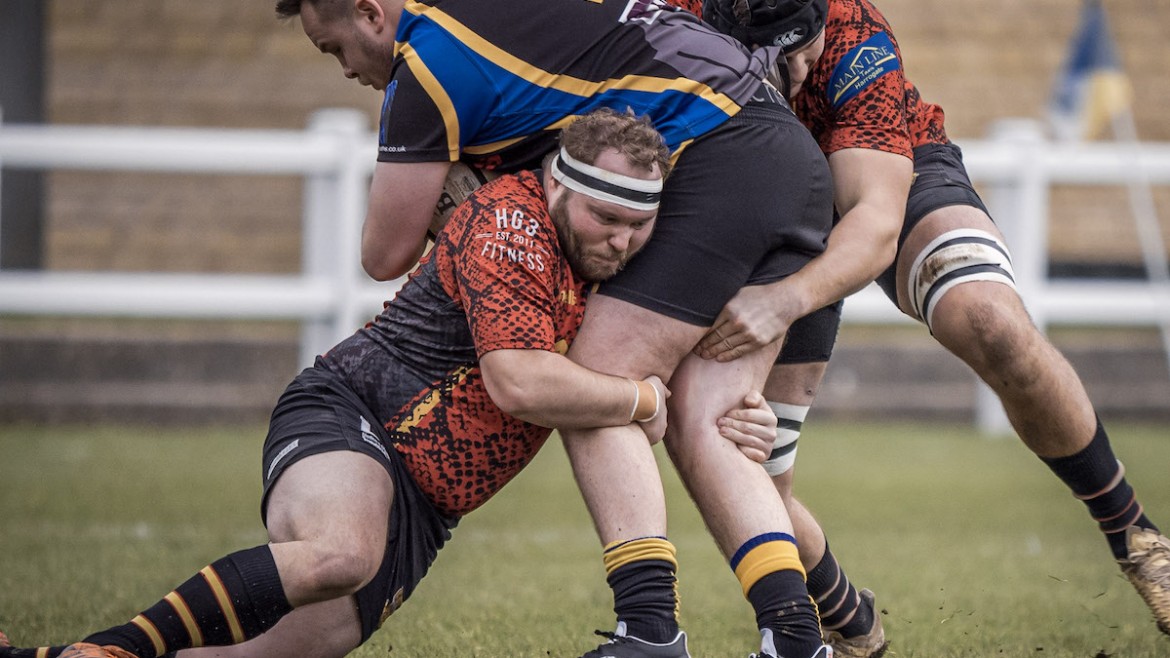 [NB: Special thanks to John Ashton, for his excellent photography on the day [Click Here] to see more . . .].

Following the home walkover victory against Knottingley, Harrogate Pythons made the short trip to West Park Leeds looking to make it 6 wins on the bounce. The Pythons kicked off and a Leeds clearance kick bounced awkwardly for Ross Fallenstein and in the battle for possession captain Will Butler strained a hamstring and had to leave the field to be replaced by Nino Cutino. From the resulting scrum. Scott Irvine burst through the Leeds centres, drew the full back and released Sam Beagrie to race away and score in the corner. 0-5 2 mins. A nice carry and offload by Nathan Wake saw Hugh Tatlow release Max Sharp who scurried over for another try. Although initially awarded by the referee he was informed by the touch judge of a forward pass in the move and so disallowed the try. The Pythons were now starting to dominate the scrum, and from this dominant scrum, Andy MacKay whipped a long pass out to Beagrie who again evaded the Leeds defence to score his second out wide. 0-10 10 mins. The Pythons took their first scrum against the head on their own 10 metre line.

Jon Pickard made a long break down the touchline and the ball was carried on by the ever present Jordan Payne and passed through several hands to Beagrie to score his hat trick. 0-15 13 mins. Leeds enjoyed their first period of pressure but their attacking lineout was stolen by Tatlow who turned defence into attack with a long surge out of defence. Another dominant Pythons scrum under the Leeds posts saw MacKay switch play and Beagrie grabbed his forth try in the corner. 0-20 24 mins. Leeds responded well and a blindside attack from a breakdown saw their elusive full back evade several tackles to open Leeds account with a try in the corner. 5-20 26 mins. A charge down in midfield by Irvine led to James Audsley-Beck racing away down the wing, stepping his man and being dragged down by the cover inches short. From the scrum, Leeds had too many defenders concentrating on Irvine, who put Jed Carr into the resulting gap to score another try. 5-25 36 mins. Leeds attempted a midfield crash ball only for Irvine to dislodge the ball in the tackle and quick thinking from Mackay released Audsley-Beck to fly in for another score to make the half time score West Park Leeds 5 Pythons 30.

A series of penalties at the start of the second half saw Leeds camped in the Pythons 22 but they could not breach some impressive Pythons defence including some massive hits by Marcus Fotherby, George Booth and Sandy Dunlop. The Pythons worked their way up the pitch and a defensive Leeds scrum was put under such pressure that the ball popped out and was picked up by Payne to dot down by the posts. 5-35 60 mins. From the restart Audsley-Beck who was now at scrum half broke round the blind side of a ruck and put in a clever kick which bounced up nicely into the hands of Tatlow who romped in under the posts. Sharp stepped up to add the extras for the first successful conversion of the afternoon! 5-42 62 mins.

Leeds responded well and a neat offload from their centre put his other centre in under the posts for a converted try. 12-42 67 mins. Another dominant Pythons scrum drive led to Carr joining the line and creating space for Ollie Myers to score out wide. 5-47 70 mins. Another attacking Pythons scrum saw Tatlow break from the back and link with Audsley-Beck who was stopped just short. Payne picked up at the ruck and threw an outrageous dummy and crossed under the posts. Audsley-Beck added the conversion to make the final score West Park Leeds 12 Pythons 54.

This was a good day at the office for the Pythons whose hard work at training is now paying off big time. 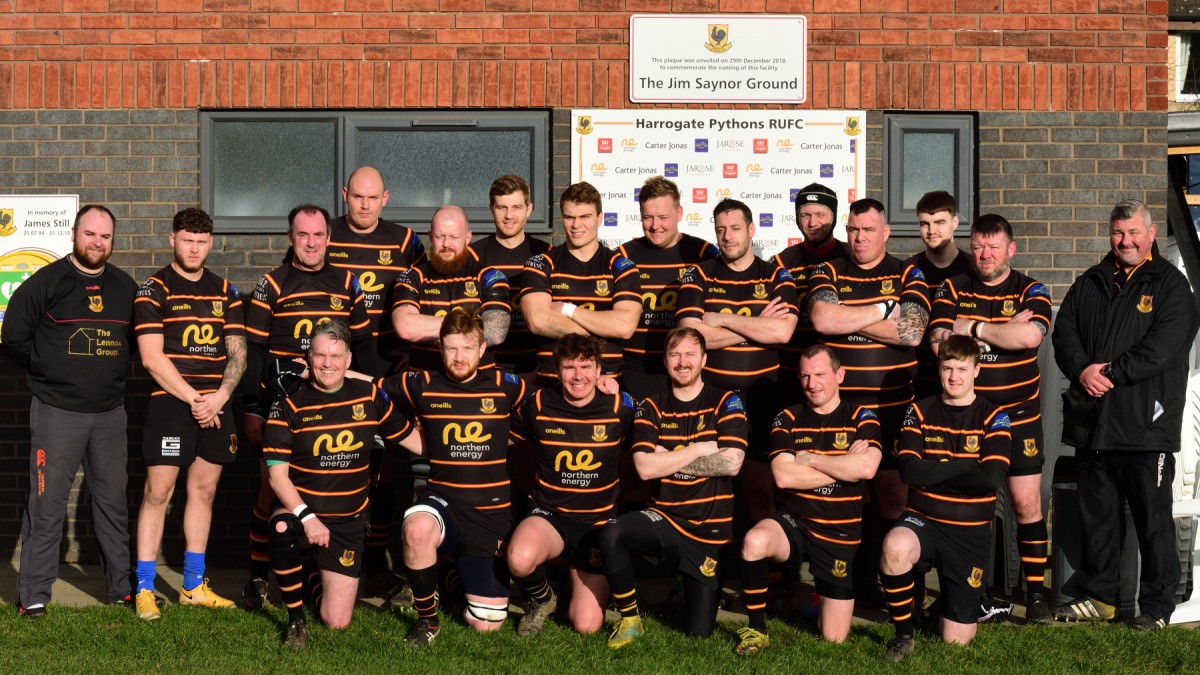 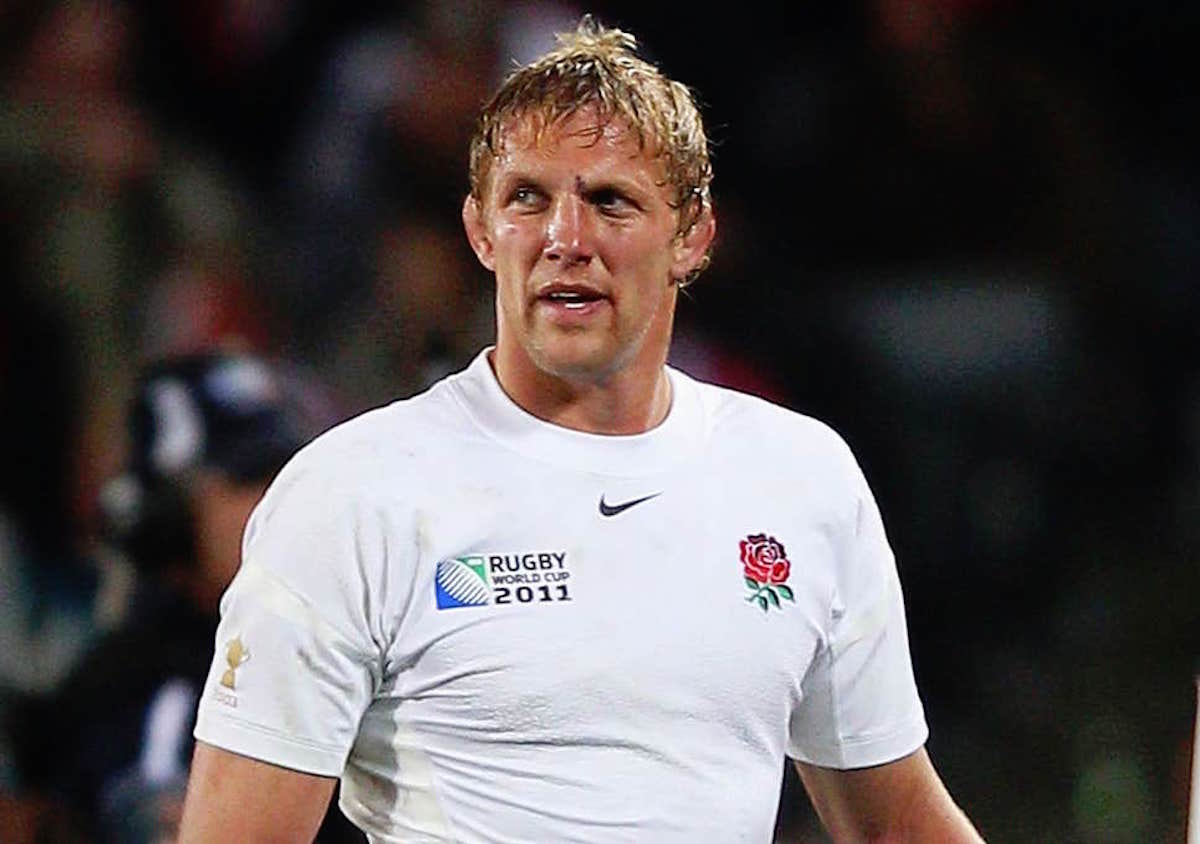