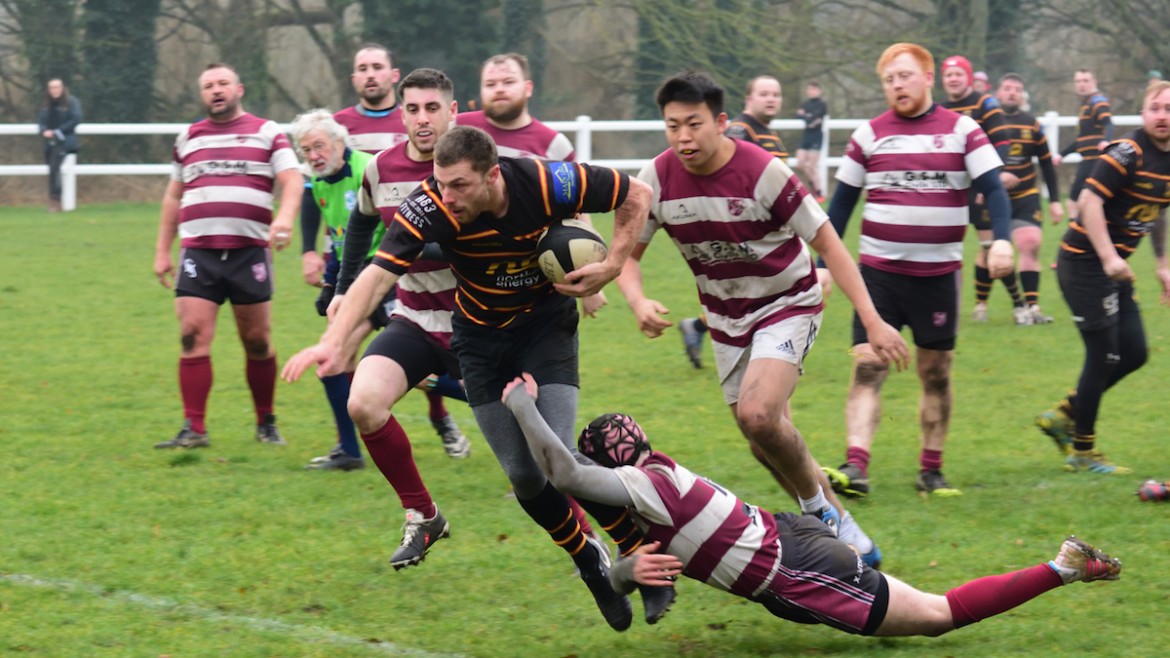 Harrogate Python’s 2nd XV, known as The Pirates, travelled to Burley 2’s for a friendly fixture.  It was great to see 2 full squads out for this fixture given the pressure on player availability over recent weeks.

Burley were quickly on the offensive and pressuring The Pirates’ defence.  Committed tacking from Ollie Myers and Jacques Haddleton kept the strong runners contained.  A spilled pass and Ben Pye punts down field, chasing his own kick The Pirates were in possession on the home 22.  Burley clear their lines but a clean take at the line out by Will Cudworth feeds Myers in mid field bringing debutant Ralph Hipps into the game gaining valuable yards.  Ben Pye feeds Gareth Drane and Cailean MacKinnon scores in the corner.  0-5, 20 mins.

The Pirates retain the ball from the kick off.  Pye chases his own kick down field, feeds MacKinnon who’s stopped just short of the line.  Possession at the breakdown and Steve Smith crashes over the line.  Jed Wolfram adds the extras, 0-12, 30 mins.

Once again The Pirates retain possession from the kick off and Drane advances the game into the home 22.  Russell Robertson controls the driving mauls with Haddleton and Cudworth gaining valuable yards.  The pressure was too much for Burley and Drane dives over 0-19, half time.

Mike Wells takes the ball from the restart and breaks tackles taking the ball back into the home 22.  The Pirates go through the phases moving closer to the line and Myers feeds Smith who crashes over for his second try.  Wolfram adds the extras, 0-26, 45mins.

Wells was once again involved straight from the re start.  Burley could do nothing against his powerful running and were quickly back on their 5m line.  The Pirates were in control at the breakdown once again and quick ball found prop Smith in the centre and he bull dozed his way over for his hat-trick try, 0-31, 50 mins.

Raffen Cherrington was next to carve through the home defence.  The long striding lock made 40m from the re start.  Held up at the breakdown and the home team get a scum.  Driven off the ball by The Pirates Wells gathers a loose ball and is held up over the line.  The goal line drop out is returned by Lennox to within 10m.  Smith takes possession looking for his fourth but spills the ball agonisingly close.  The Pirates disrupt the home scrum again and Lennox charges down over the line.  Constant pressure tells and Nathan Wake forces over 0-36 70 mins.

The Pirates fumble the re start and Burley are quick to smell advantage but, committed tackling from Cherrington and Smith earns possession for The Pirates.  Myers sees the gap and breaks through to the home 22.  A forward pass gives the defence a scrum but a penalty at the scrum and ever alert Drane makes a perfect cross-kick to Wolfram 0-41 on 75 mins.

The Pirates were in total control.  Controlling the phases and Cherrington and Wells carrying with strength, Lennox feeds Smith 2 yards out but he’s held up.  Goal line drop gives passion back to The Pirates and Hipps is bundled into touch 5 metres out.  Evergreen Jon Wiggins turns the ball over, the ball is passed through hands to Owen Carter who dives over the line.  0-46 full time.

Al Cawkwell-Brown, team manger commented after the game, ”What a great performance form these guys, both sides.  A hard fought competitive game involving well over 40 people – a fantastic advert for the community game”.

On Saturday 22nd Jan the 1st XV travel to West Park Leeds and the 2’s entertain Wharfedale 3’s at The JSG.  Both kick offs 2.15pm 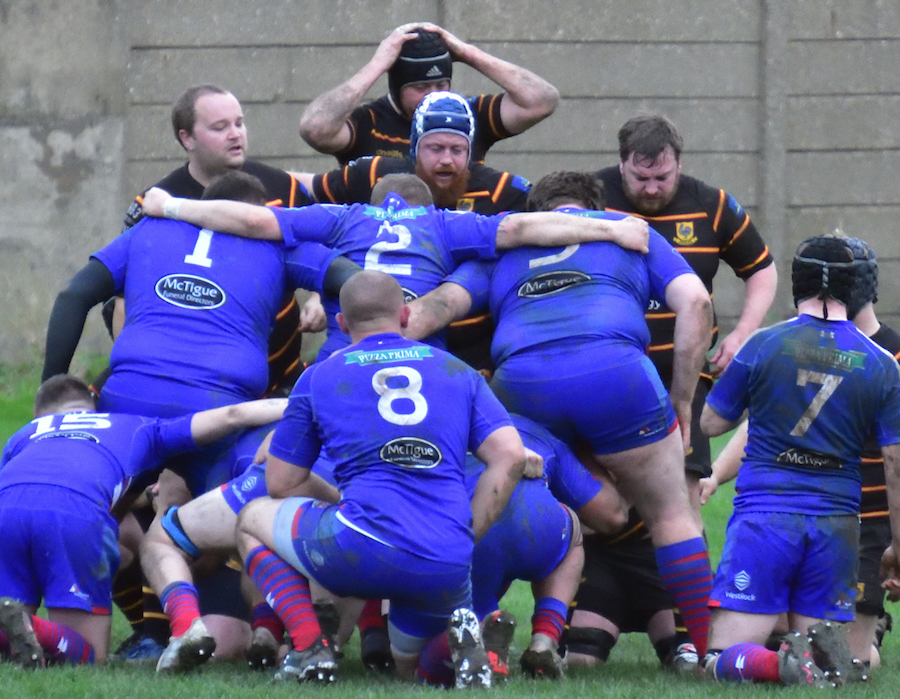